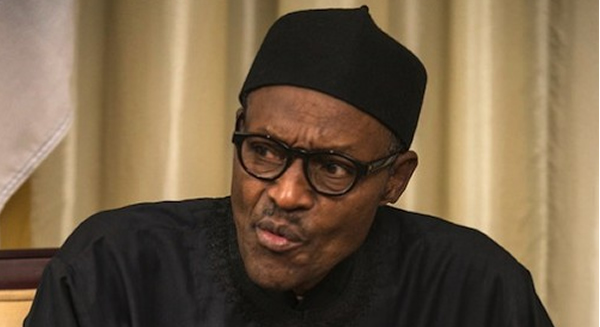 Nigerians were once described as the happiest people on earth. The Afrobeat maestro, Fela Anikulapo-Kuti hit the nail on the head with his evergreen song ‘Suffering and Smiling.’ Suffering seems to be so engrained in the psyche of Nigerians that it has metamorphosed into something akin to a national philosophy.

I can remember trying to convince a Catholic priest to lend his support to a boycott agenda I was trying to push. His response was that ‘There is joy in suffering as it unites us more closely to Jesus through our daily carrying of our crosses.’ I left him in disgust as I wondered whether we would have to wait till we get to Heaven to begin to live like human beings with dignity.

The boko haram insurgency started in earnest in 2009 and it introduced something strange into our local lexicon – suicide bombing. Extremism became our new reality and our mouths were agape as we watched our brothers and sisters slaughtered like rams in the north. The economic base of there has been greatly decimated and many of the survivors ended up as internally displaced people with no immediate hope of a home in sight. How did we get into this sordid mess?

Let us do a quick historical analytical recap.
The British used the policy of indirect rule to administer the nation after their conquest. The North was the easiest to penetrate because of their well-developed emirate system which saw no opposition to the Sultan or Emir. In the south which was largely balkanized between the Yorubas and Igbos, the Caucasians had a bigger challenge. The Yorubas were the first to embrace western education with Christopher Alexander Sapara-Williams becoming a lawyer as far back as 1855, Herbert Macualay, the Wizard of Kirsten Hall and Father of Nigeria’s Nationalism became an engineer in 1894. As a result of this massive educational awareness, it was difficult for the western educated elite to be totally subservient to the Obas. Let us recall the fact that the fearless Olufunmilayo Ransome-Kuti led a group of women to depose the then Alake of Egbaland, Oba Ladapo Ademola in 1948 and wasn’t allowed to return to the throne till 1950. The administration of Chief Obafemi Awolowo deposed the father of the present Alaafin of Oyo, Oba Lamidi Adeyemi 1 in 1955.

The Igbos were egalitarian by nature with the kingship system being alien to them. They had the age grade system where key decisions were taken.

It was no wonder that the nationalist struggle was largely spearheaded by the southerners – Herbert Macualay, Zik of Africa, Anthony Enahoro etc. No one from the north earned the appellation of a nationalist in the true sense of the word. Aminu Kano who founded the Northern Elements Progressive Union formed it as a mass movement to counter the conservative leanings of the Northern Peoples Congress led by Alhaji Sir Ahmadu Bello. Let us also recall the defeat of Enahoro’s motion for independence by Ahmadu Bello in 1953 who said it should only take place as soon as practicable which was the remote cause of the Kano riots later that year. Bello also turned down the offer to be Prime Minister because of his preference to living in Kaduna rather than travelling down south to Lagos.

The chummy relationship between the north and British still continued even after the Union Jack was lowered. Many British intellectuals found a cozy haven in the Ahmadu Bello University. There were more foreign academics in ABU than in all the southern universities put together.

The control of the army was still in British hands even after independence as the General Officer commanding the army was General Welby Everald. In 1965, following an agitation for the indigenization of the army, three officers were penciled down to succeed Everald. They were Brigadier-General Samuel Adesujo Ademulegun, Brigadier-General Thomas Umunnakwe Aguiyi-Ironsi and Brigadier-General Babafemi Ogundipe. Ademulegun, the commander of the first brigade in Kaduna was backed by the Sardauna as the former had been a good errand boy in allowing many northerners to get flooded into the army. Aguiyi-Ironsi was supported by Zik and he eventually emerged as the first Nigerian GOC.
The incursion of military rule which was dominated by the northerners greatly boosted the fortunes of the northern elite. The wealth from the oil wells flowed greatly into far flung places in the north. However, ironically, the north was the poorest in the entire country. The poverty naturally gave rise to the advent of extremist movements.
El Zakzaky was the first to take up the gauntlet. An extremely brilliant man with a first class degree in economics which was denied to him by the school authorities because of his ‘subversive’ activities. He was disenchanted with the selfishness of the northern elite who were comfortable in their dealings with the liberal west to the detriment of their region. His activities led him to spending several years behind bars and is still being currently held in one at the moment. Six of his children were brutally murdered in cold blood in two raids by the ruthless military authorities.

Mohammed Yusuf began the ama’atu Ahlis Sunna Lidda’awati wal-Jihad, which in Arabic means “People Committed to the Propagation of the Prophet’s Teachings and Jihad”. It is popularly also known as boko haram (western education is sin). He was murdered under suspicious circumstances by the prison authorities in 2009.

Let us do a metaphorical interpretation of ‘western education is sin.’ On the literal level, it sounds hypocritical as they use bombs and guns which are western products to cause havoc. Let us do a little digging deep with a critical lens. They are against liberal western ideologies which the imperial overlords still propagate. They are against gay rights, abortion, stem cell research etc which forms the core of what the liberal west stands for which explains why they are pushing for an Islamic state so as to be totally free from these sinister influences.

No amount of money and raids can stop this movement as long as the government is still aligning with our enemies – the liberal west. The bombing of the United Nations building in Abuja in 2011 is a reminder of the silent agitation to rid the country of western liberal rule. What does the United Nations stand for? – Advancement of the sinister gay rights agenda, abortion, opening up the Nigerian market for organ harvesting, stem cell research, eugenics, euthanasia. The Minister of Environment, Amina Mohammed, a northerner was recently appointed as the Deputy Secretary-General of the United Nations to carry out a ruinous agenda against her people.

Please note that I have never been a supporter of violence to bringing about positive change. I have been a firm believer in the use of peaceful civil disobedience – strikes, boycotts, peaceful protests, sit ins, demonstrations, dialogue, negotiations, mass sensitization to bring about genuine change having being greatly influenced by Malcolm X and Mahatma Ghandi. However, contrary to what a lot of people think the boko haram insurgents have a cause that is driving their fight – ridding the largest black nation on earth of western liberal influence which is the remote cause of their massive under development.

What do you make of the association of Father Matthew Hassan Kukah, the Catholic Archbishop of the Sokoto diocese with the Ford Foundation? This international donor agency is a big backer of all sorts of liberal agenda from gay rights, same sex marriage, same sex unions, stem cell research etc. Don’t forget the importance of Sokoto in the Caliphate of yore as the Sultan is the Primus Interpares among all Muslims nationwide.

Until the government gets the unspoken message of the insurgents in totally severing all ties with western liberals, no amount of insurgency funding will make any impact.

As ruthless as Sani Abacha was, he severed ties with the west and turned his attention to the Middle East which saw the entry of many companies from there into Nigerian soil.

Was it not the same western liberals that liquidated the late M.K.O Abiola? Didn’t they murder Ghaddafi? Didn’t they prop up and murder Osama Bin Laden? For how long will we allow ourselves to be mere pawns in the hands of our eternal enemies?

Until Nigerian and ultimately Africa is completely rid of western liberal influence, peace will be worse than illusory. 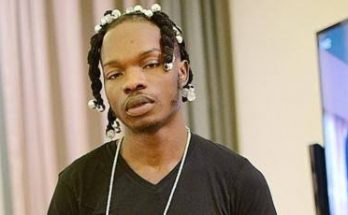 Who really are the Marlians? – Tony Ademiluyi 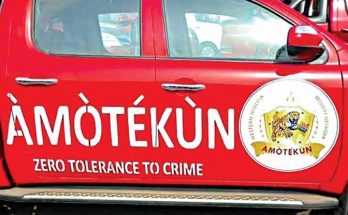 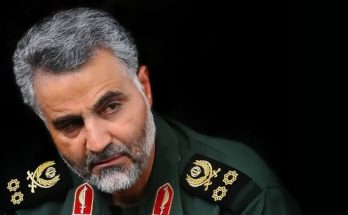 SOLEIMANI: THE SEARCH FOR SOMETHING GOOD

View all posts by Admin →

LET A DAY PASS THAT YOU DO NOT HAVE TO DRINK – BARR. ENOIDEM